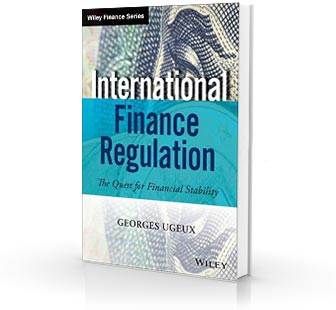 As the global market expands, the need for international regulation becomes urgent.

Since World War II, financial crises have been the result of macroeconomic instability until the fatidic week end of September 15 2008, when Lehman Brothers filed for bankruptcy. The financial system had become the source of its own instability through a combination of greed, lousy underwriting, fake ratings and regulatory negligence. From that date, governments tried to put together a new regulatory framework that would avoid using taxpayer money for bailout of banks. In an uncoordinated effort, they produced a series of vertical regulations that are disconnected from one another. That will not be sufficient to stop finance from being instable and the need for international and horizontal regulation is urgent. This challenge is the focus of Georges Ugeux’s book.

International Finance Regulation: The Quest for Financial Stability focuses on the inspirations behind regulation, and examines the risks and consequences of fragmentation on a global scale. Author Georges Ugeux has four decades of experience in the legal and economic aspects of international business operations. He created and run the New York Stock Exchange’sinternational group in charge of developing the NYSE’s reach to non-US companies, including relationships with regulators and governments. Ugeux teaches European Banking and Finance of the Columbia University School of Law. Ugeux is uniquely positioned to provide recommendations and suggestions from the perspective of a top global authority. In the book, he explores international regulation with topics such as:

Laws, regulations, and risks of overregulation

Development of a global framework and stability of the banking system

In-depth examination of Basel III, the Dodd-Frank Act, the European Banking Union, and the Volcker Rule

The book also contains case studies from real-world scenarios like Lehman, CDS, Greece, the London Whale, and Libor to illustrate the concepts presented. Finance consistently operates within an increasingly global paradigm, and an overarching regulation scheme is becoming more and more necessary for sustainable growth. International Finance Regulation: The Quest for Financial Stability presents an argument for collaboration toward a comprehensive global regulation strategy.